Low intensity shock waves constitute a NON-INVASIVE therapeutic method that produces revascularization, regeneration and repair of biological tissues from the stimulation of the cells that compose them. These beneficial actions and devoid of adverse effects allow, in the hands of trained professionals, their application in multiple pathologies and chronic processes of different regions of the body that until today were difficult or non-existent solution, such as male sexual dysfunctions, uterine fibroids, diabetic or varicose ulcers, chronic tendinopathies, etc. For these reasons, at Shockwave Argentina we propose, through care, teaching and research actions, to comprehensively cover all the therapeutic possibilities of this novel non-invasive technology, to provide new responses and improvements in health and quality of life, with our permanent commitment to act with professional ethics, medical excellence, respect, consideration and human warmth. 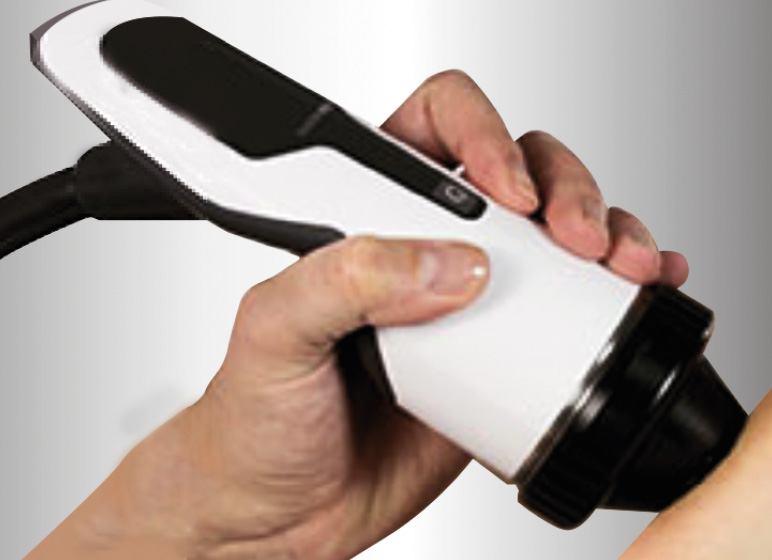 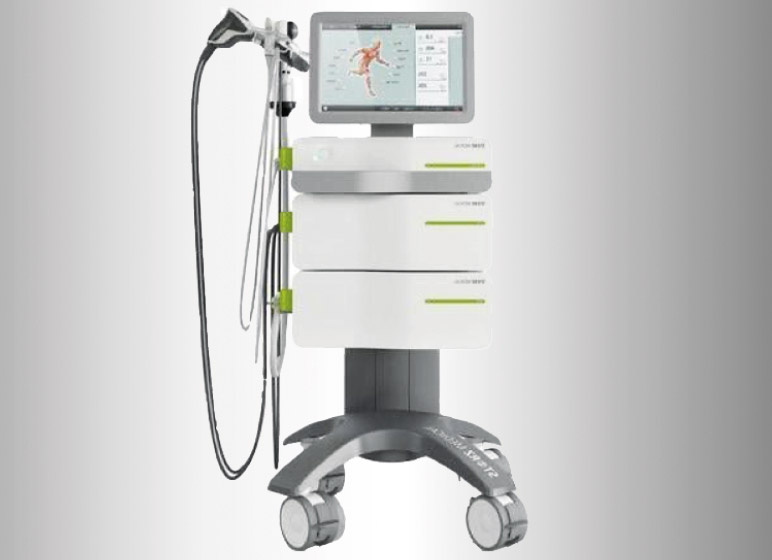 Two-Dimensional Shear Wave Supersonic Elastography (2D-SWE SSI) or Shear Wave Elastography is a Non-Operator Dependent diagnostic method, incorporated into a latest generation ultrasound machine, that allows to assess qualitatively (in a range of colors) and quantitatively (in kilopascals or meters / second) the degree of stiffness of the tissues. It is based on the measurement of the transverse attenuation speed of ultrasound in a given area where, at higher speed, greater rigidity. And in turn, the greater the rigidity, the greater the presumption of malignancy or degree of fibrosis of a tissue. 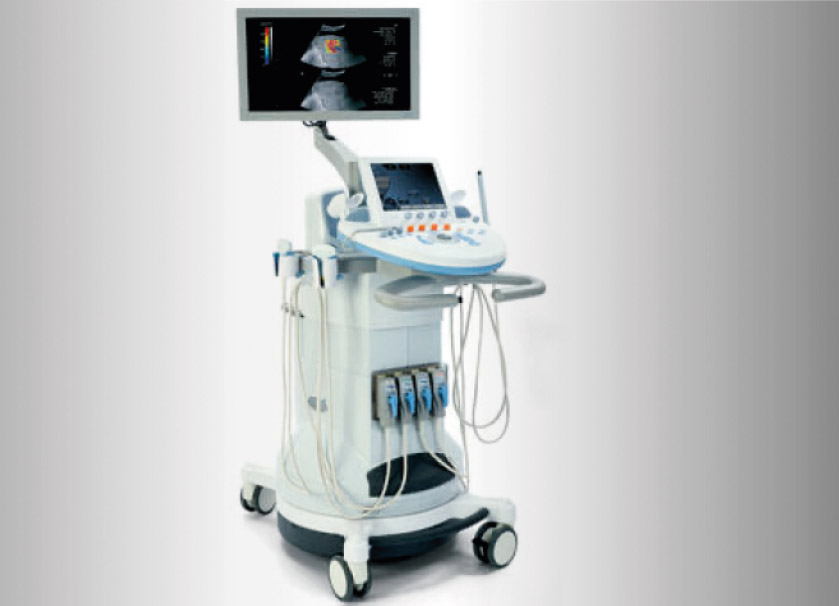 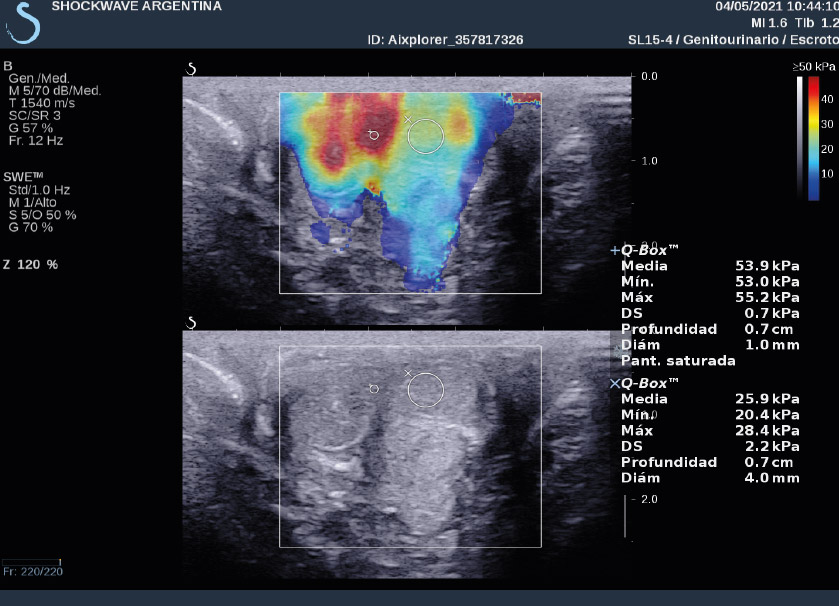 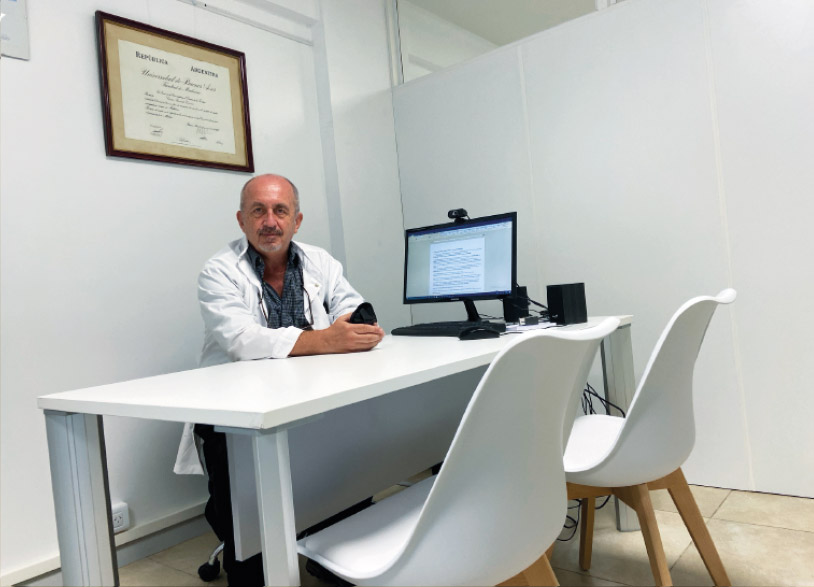 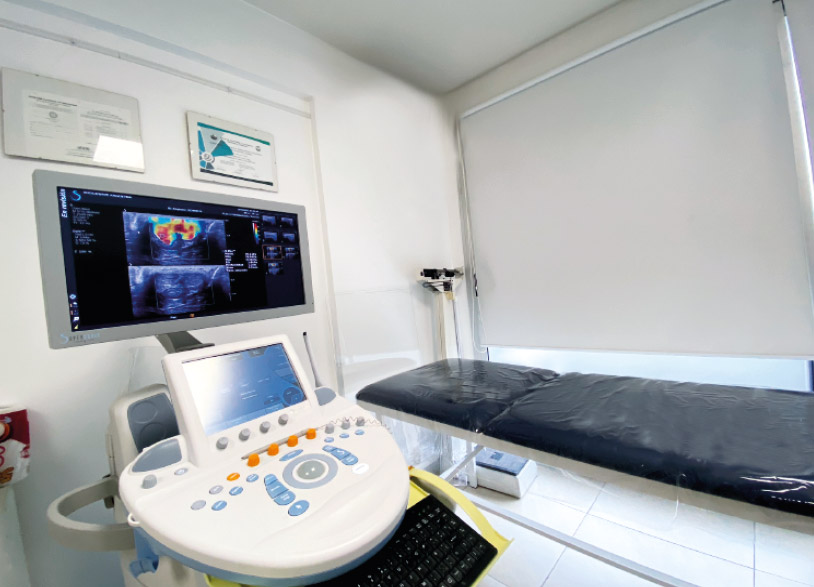 Erectile Dysfunction affects more than 50% of men over 40 years of age and can be caused as a consequence of the intake of some medications (beta-blockers, antiandrogens, some antidepressants, etc.), or as a consequence of certain pathologies vascular, metabolic, hormonal, psycho-emotional, neurological conditions, etc. In addition, its origin can be found in the endothelial smooth muscle of the corpora cavernosa, in the tunica albuginea, in the arteries or penile veins, in the peripheral nerves or as a consequence of Peyronie's disease, etc.

Oral vasodilator drugs (Sildenafil, Vardenafil or Tadalafil) make it possible to obtain firm and sustained erections, but after 60 years of age, as the muscle tissue of the corpora cavernosa progressively loses elasticity due to its replacement by collagen fibers, the " compliance ”(ability to expand blood vessels) even with oral vasodilator medication, so Erectile Dysfunction progresses gradually. In these cases, stimulation of the cell nuclei with low intensity focused shock waves promotes the synthesis of structural proteins and growth factors that restore the corpora cavernosa and the veno-occlusive mechanism, being able to obtain a satisfactory erectile function in a natural or with oral medication at low doses. In cases of venous leak, the increased tone and trophism of the corpora cavernosa facilitate the closure of the dilated veins, and in the case of Peyronie's disease, the reduction of peri-plaque stiffness allows correction of penile curvature. All the named disorders can be diagnosed and monitored by color Doppler ultrasound and 2D-SWE elastography.

We also have a Supersonic Imagine elastomer, Aixplorer model, with Angioplus color echo Doppler, TriVu mode, 2D convex, linear and endocavitary transducers with which, in addition to monitoring treatments, we can make diagnoses of tumor benignity or malignancy in a non-invasive and non-operator dependent.